Cultivating Minds UK has developed working relationships with a number of Universities and Colleges in the UK.

With experience working in both UK institutions as well as within the College system in the United States, Cultivating Minds is able to support the development of responses which support prevention work around bullying, domestic violence and all forms of sexual violence.  The training provided helps the provision of safe and supportive learning environments which support successful outcomes. 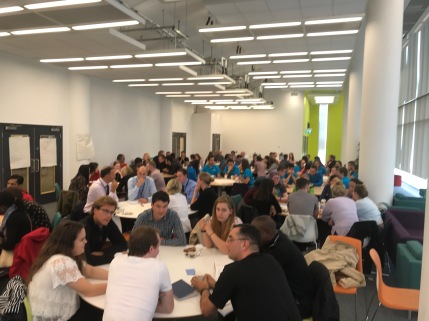 Making use of the ‘Bystander approach’ the focus on personal leadership supports conversations amongst staff, student leaders as well as the general student population.

The training provided includes the provision of full-day, half-day or shorter sessions which seek to:

The aim of the training is to equip members of university staff with further knowledge and awareness around rape and sexual assault including dealing with the disclosure of incidents.

At the end of the training individuals will be able to:

Further trainings or key-note can be developed to engage university sports teams, associations and student unions.

A number of other issues can be included in trainings.  These include: problematic social media use, domestic violence, sexual harassment and language.